PAMPERING THE VINE ONE BY ONE


BIOLOGICAL VITICULTURE, BIODYNAMIC…
IS IT POSSIBLE TO DEFINE IT WITH JUST ONE WORD? WE DON’T THINK SO. 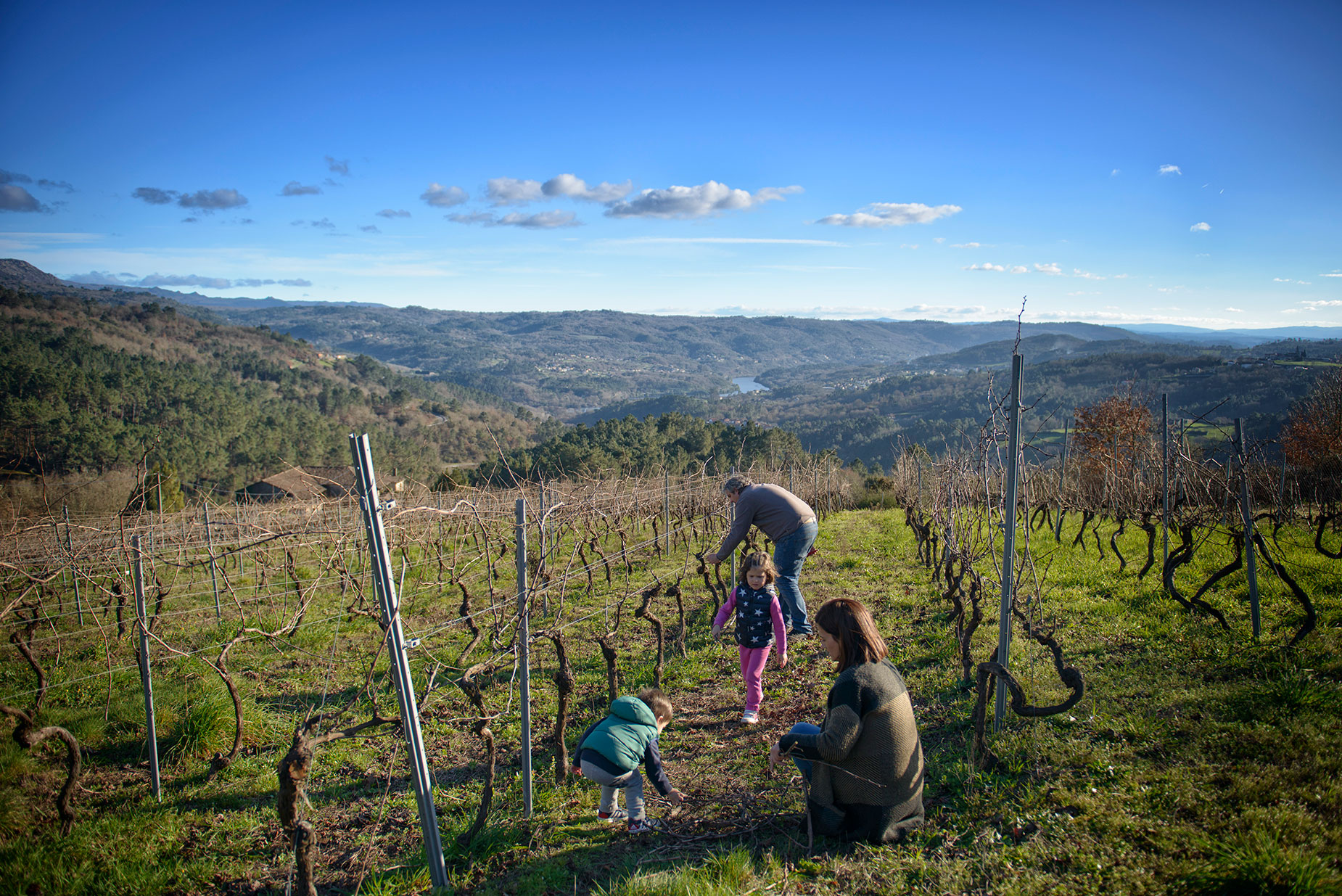 Agriculture is one of the oldest jobs on earth, going back to Neolithic times. The know-how and human expertise for growing plants today is the culmination of thousands of years and generations of humans managing a natural environment for their own interest. With the help of science, this know-how has had incredible advancements during the last century, and today agriculture involves many different powerful industries in the chemical sector, biotechnical sector, industrial sector, and very important economic interests.

At Aba Solleira, we’re science people with many years studying at different universities, but we’re also the generation who comes from rural families, who’s very existence is thanks to agriculture, and living off the land. Having a higher scientific knowledge doesn’t allow you to forget or give less value to the human expertise and heritage going back thousands of years, and a multitude of different crops and conditions that exist our planet. Agriculture has been the way of feeding humanity before any modern science research came along, but this has always been at the forefront of human foresight. Humans have long been interested in a more efficient and productive agriculture, with the first generally considered Agronomist in history, a Spaniard-Roman named Columela, taking place in the first century AD.

Today’s world population has the largest food needs in the history of our planet, and this means that our food is based off an important industrial food production, based on industrial agriculture. This system uses many advancements and technologies, that were only developed in the last century or so- farm machinery, mineral fertilizers, insecticides, pesticides, herbicides- all with the goal of increasing yields, and decreasing production costs.

However, there are other ways of producing food and responsible agriculture management, and those are defined as Biological and Biodynamic. These terms might also be new as of the last century, but the ideas are as ancient as mankind itself.

At Aba Solleira we don’t use any definitions for our techniques and work in the vineyards, we just want to be reasonable in our grape and wine production, and have based our philosophy with the following ideas:

We promise to maintain our philosophy of producing the highest quality grapes, as it is the only way to produce the highest quality wine, respect mother Earth, as well as produce the healthiest wine possible, without any residual toxins. We are the ones who personally take care of the vineyards, the first ones to taste the wines. We want to take care of ourselves and only consume the healthiest products possible, and we want the same for our consumers as well.

In our philosophy, it is impossible to think that we are the ones producing the grapes- we see ourselves more as “grape keepers,” and know that the vines naturally produce the grapes, and all we can do is watch over each individual vine to ensure its health. In general, less human intervention means in many cases a much more balanced environment. This is possible with an integrated production system based on moderate yields and moderate natural resource exploitation. Lower grape yields are the main target, as this helps obtain the best concentration of flavors and aromas from the grapes, and in regard to the soil, it helps guarantee the long-term viability of our vineyards, as well as our way of living.